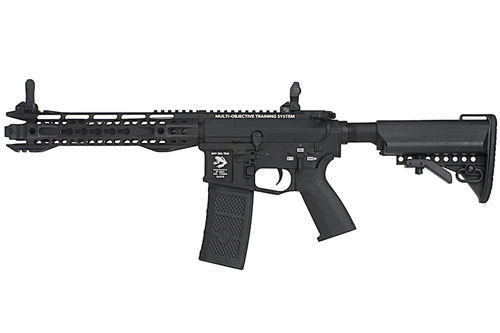 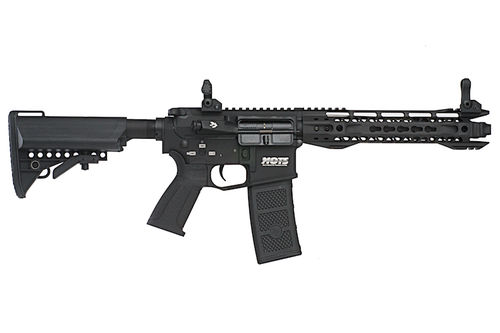 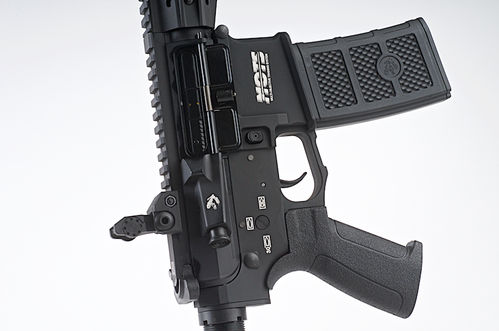 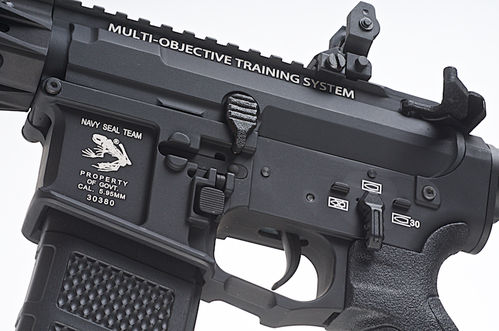 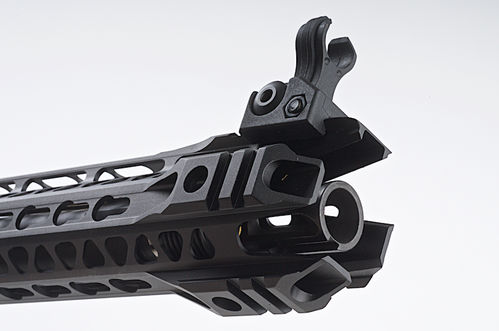 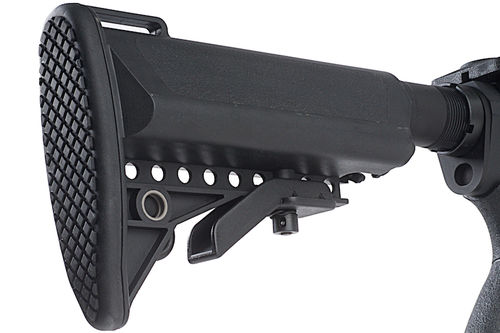 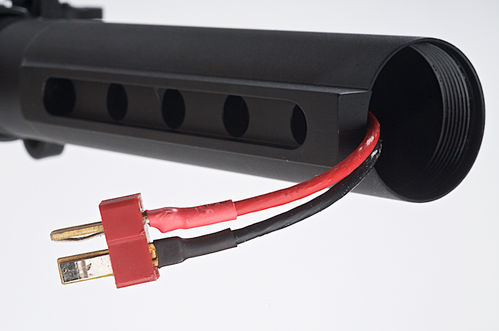 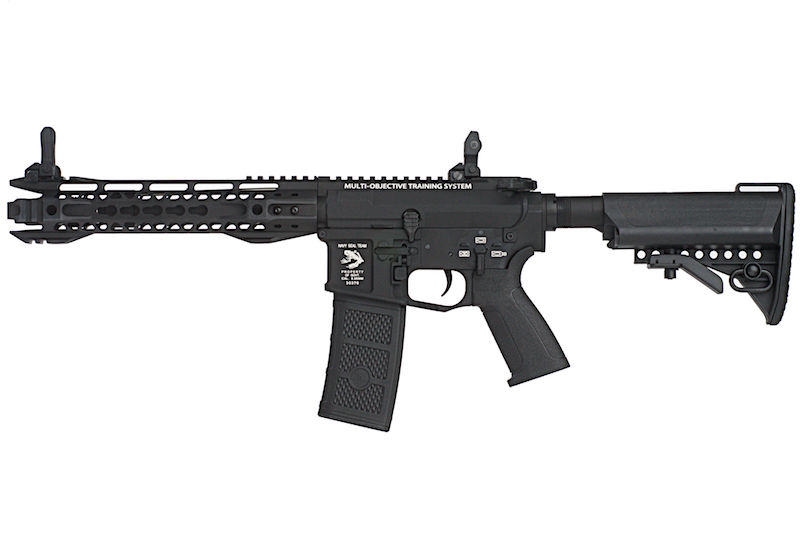 G&P Auto Electric Gun-095 is the latest offering from G&P as a short barrel rifle format, based on the M4 design. Following the current trend, the AEG-095 has a 10.75 inch rail covering a 8.75 inch outer barrel and paired with a 556 K Flash hider in 14mm CW. Upper is a MUR-1 metel receiver and lower is MOTS metal receiver with a crane type buttstock. Comes with a pair of plastic BUIS backup iron sights, plastic bolt release and plastic selector for weight shaving. Magazine release is ambidextrous.

Packaged with a 130 round mid-cap magazine and a G&P M120 Hi-Speed motor, this beast feeds a steady 380 fps down the barrel with every trigger squeeze. Keymod mounting points are also found in the front of the rail on 3, 6 and 9 o'clock positions.

Battery compartment is found inside the stock tube with a Deans connector and hop up adjustment is found right under the dust cover once the bolt has been pulled back.