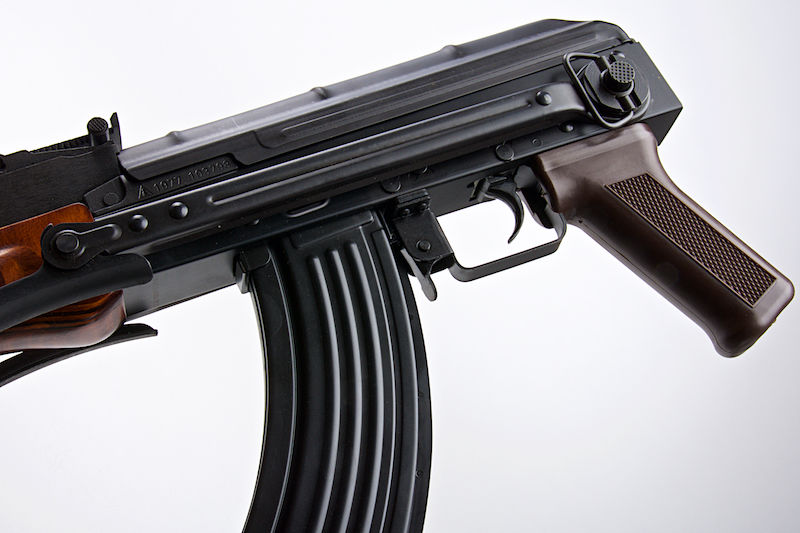 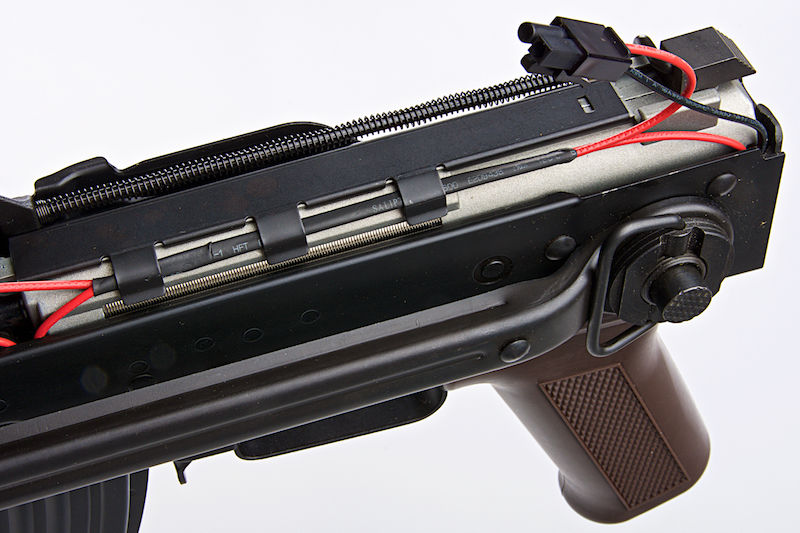 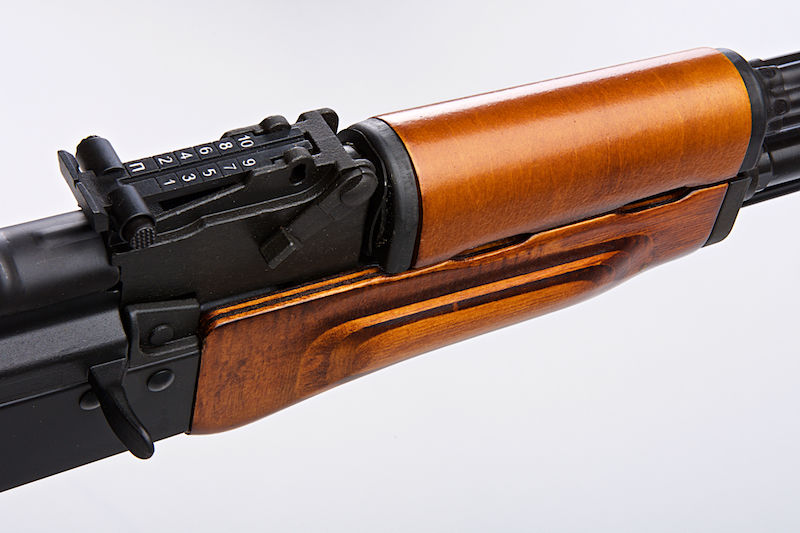 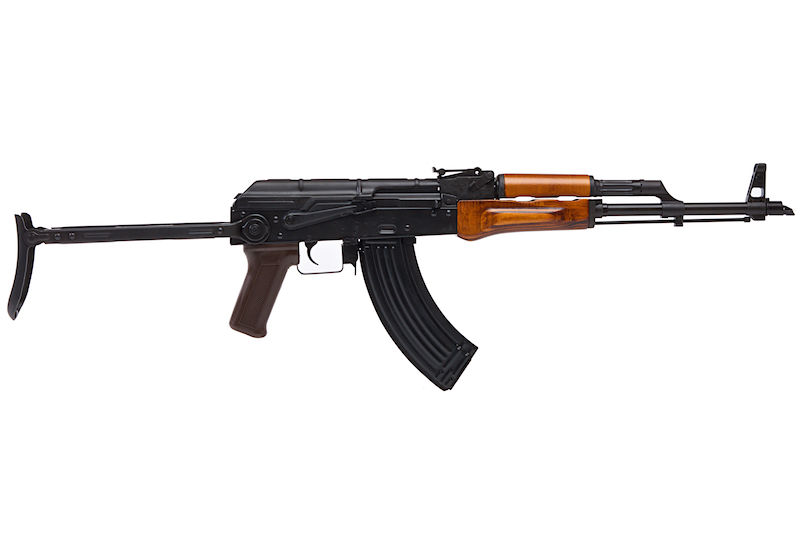 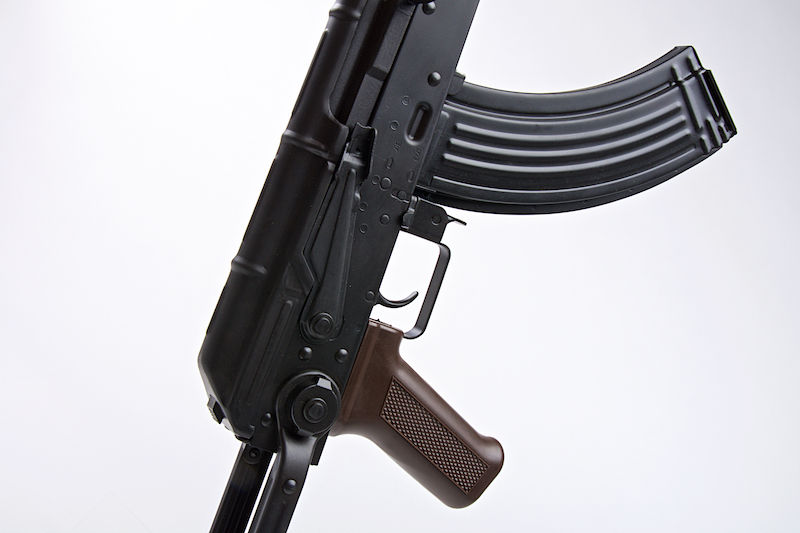 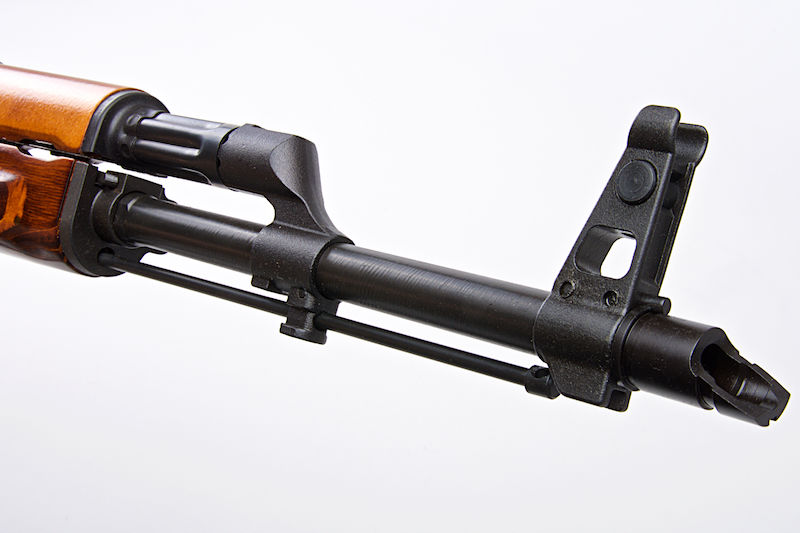 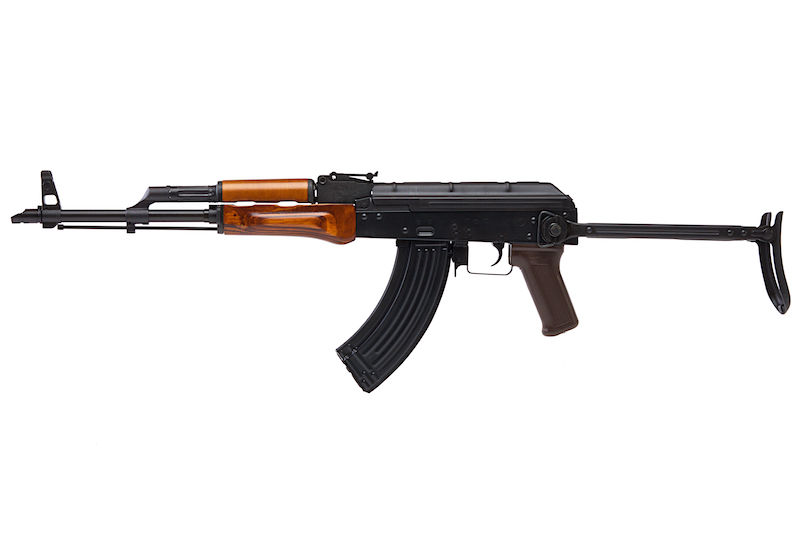 The AK 74 or "Kalashnikov automatic rifle model 1974" is an assault rifle developed in the early 1970s in the Soviet Union as the replacement for the earlier AKM (itself a refined version of the AK-47). It uses a smaller intermediate cartridge, the 5.45 39mm, replacing the 7.62 39mm chambering of earlier Kalashnikov-pattern weapons.

The LCT LCKMS is a finely made AEG as it's made out of Wood, Aluminium and Steel to give its weight, which is around 3.4 KG. LCT tried very hard to make the best replicas as there are parts that really show off its qualities. For instance, the flash hider is a dead giveaway and the magazine is a lot slimmer as it holds different caliber bullets. The Airsoft version's magazine holds 130 BBs and the stock can be folded which enables it to be used in corridors or indoors.

Take note that it has a clockwise 14mm thread, able to attach any barrel extension tube (silencer). Takes up to 7.4V Stick Type Battery into top receiver (Sold separately). The metal front & rear Sling mount can be installed with single, -2 or -3 point tactical sling.