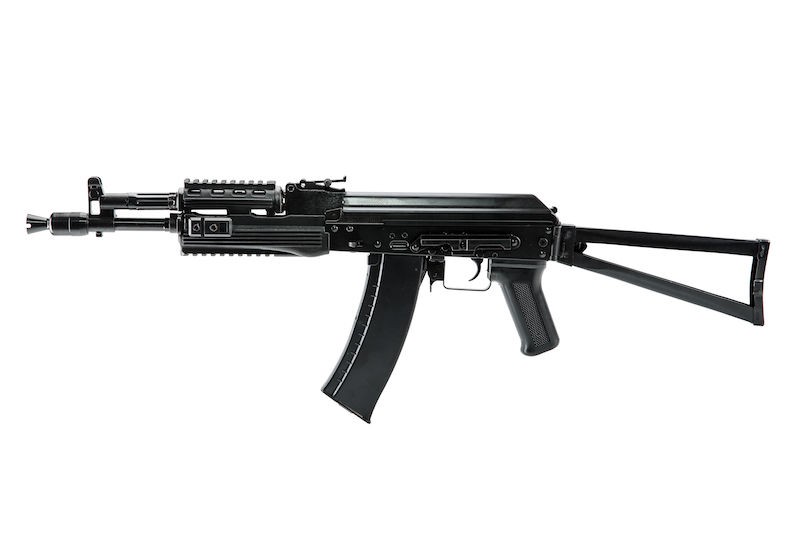 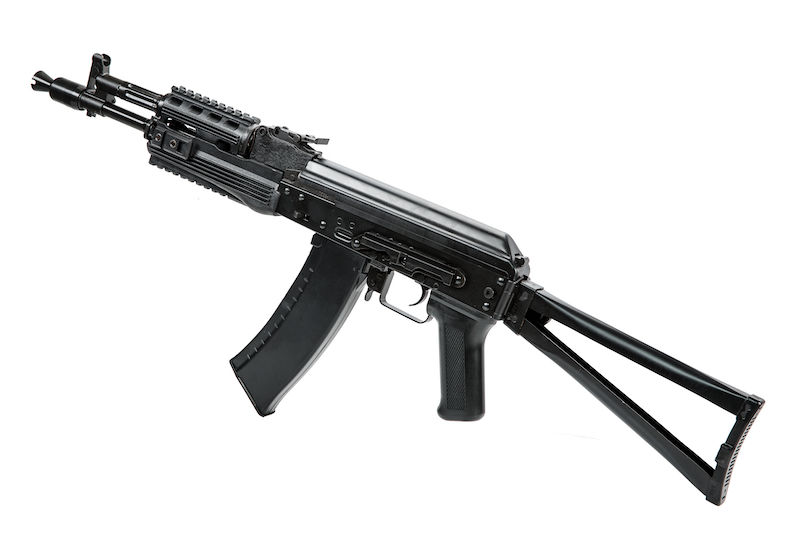 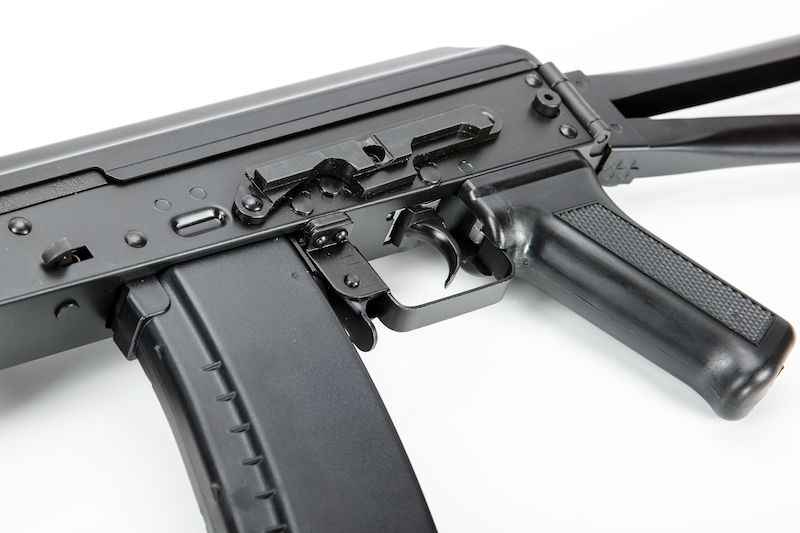 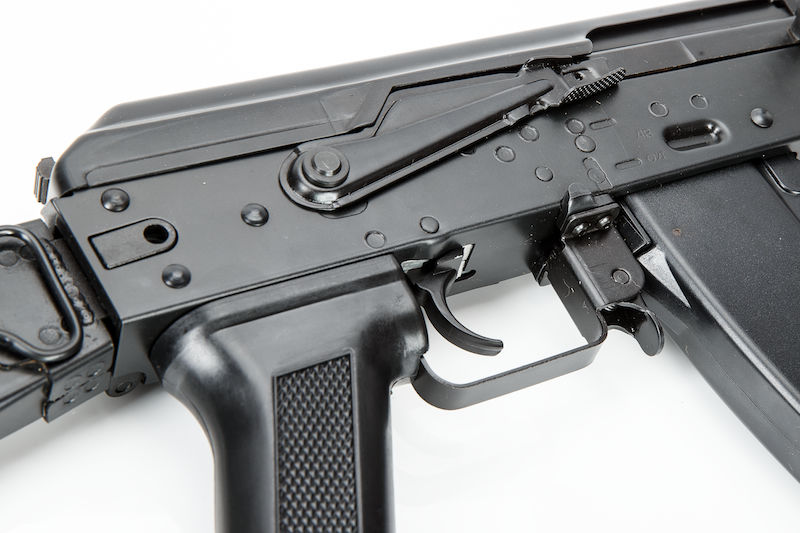 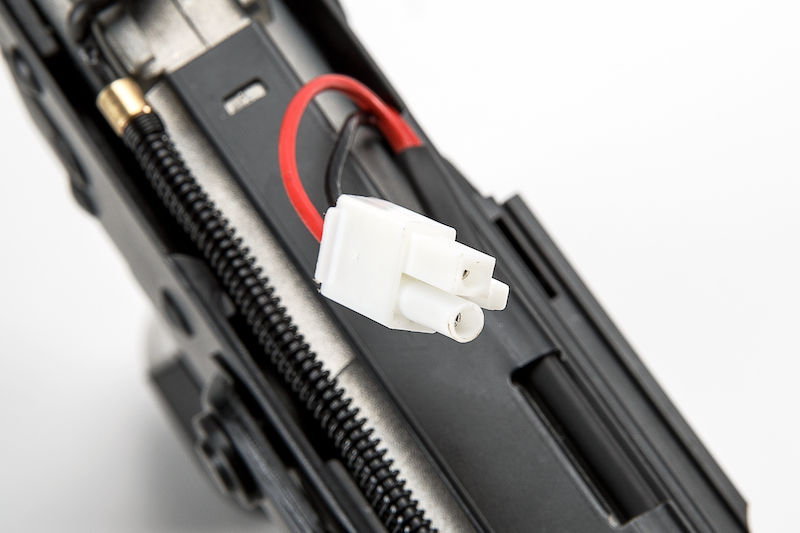 Estado: NUEVO&nbspEntrega 24/48 h
Consultar
The AK-105 is a shortened carbine version of the AK-74M rifle, which in turn was derived from the original AK-47 design and its AK-74 successor. The AK-102, AK-104, and AK-105 are very similar in design, the only difference being the caliber and corresponding magazine type. The AK-105 is chambered to fire 5.45×39mm ammunition. The AK-105 is supplementing AKS-74U Carbines in Russian Army service.

When it comes to replicating AKs into the Airsoft form, LCT are one of the best in the business. One thing I should get out of the way is that the receiver is a centimeter than it should be, where the receiver meets the stock, as it has to make space for the actual gearbox, but a lot of AK AEGs are like that.

The TK74 is a finely made AEG as it's made out of Aluminium, Steel and plastic to give its weight, which is around 3.4KG. LCT tried very hard to make the best replicas as there are parts that really show off its AK74 qualities. For instance, the flash hider is very AKM-esque, the lines in the fore grip and the skeletal folding stockis a dead giveaways. The fore grip has quad rails for you to add accessories and sights. The the magazine is a lot slimmer as it holds different caliber bullets. The airsoft version's magazine holds 600 BBs. That's a LOT of BBs.

When it comes to taking it for a spin, it shoots very well. Around 20 meters from your target, you'd hit it very frequently. The hop up unit is very sensitive so we would suggest using 0.25g BBs to make up for it. The TK105 is NOT a CQB weapon even this its short stature says otherwise. It shoots at around 400 fps which is way too high but it's perfect for outdoor skirmishes. There is a reason why the Russians love these AKs and we can definitely see why in the LCT AKs.