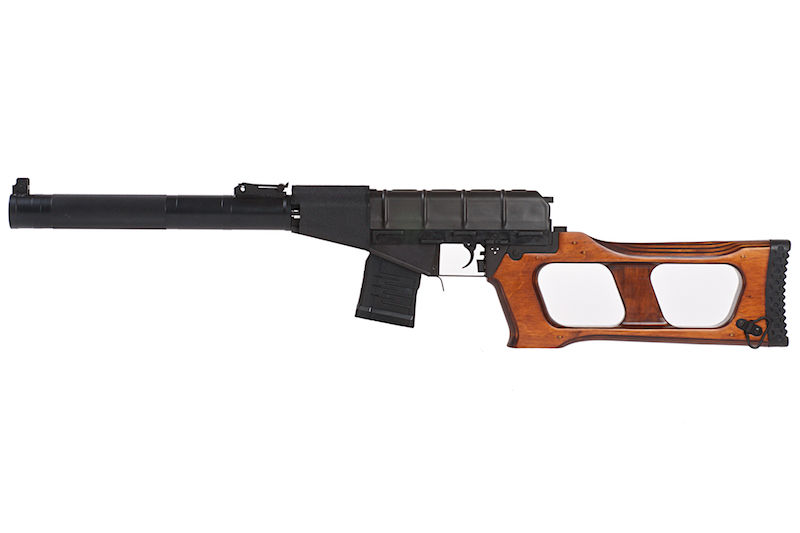 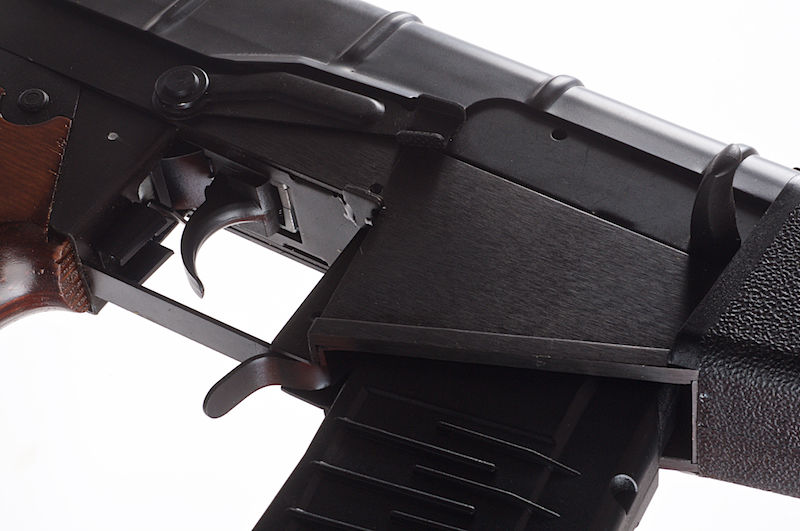 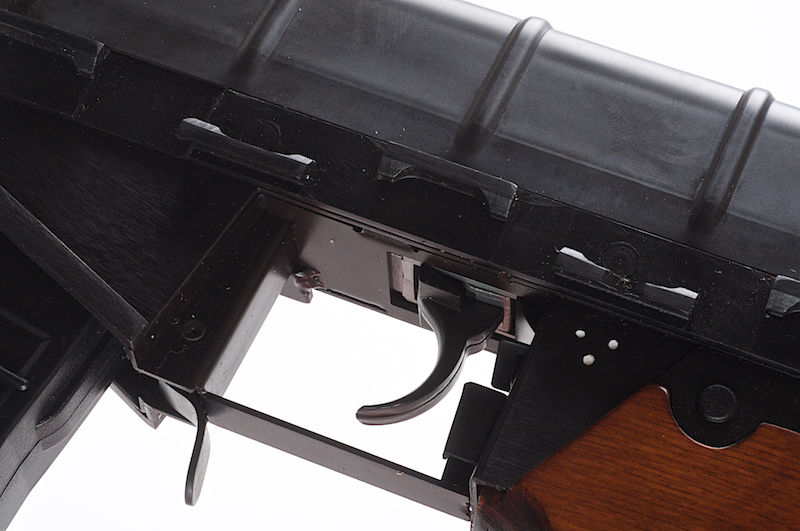 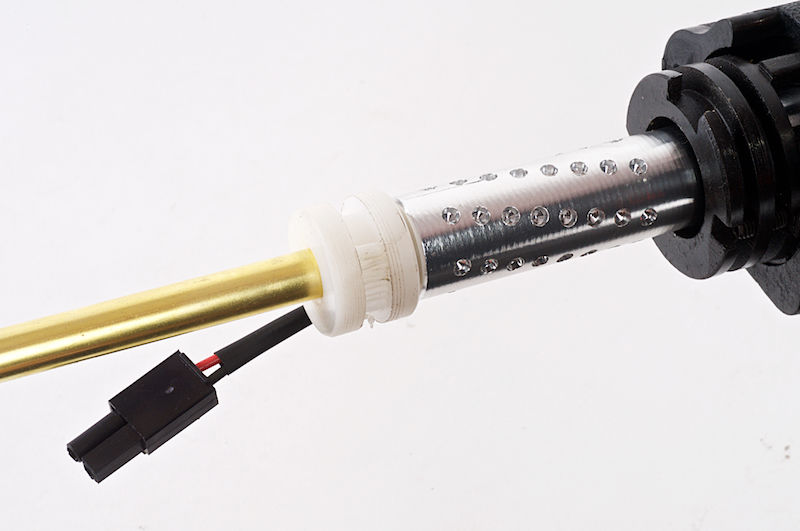 VSS (Vinovka Snaiperskaja Spetsialnaya = Special Sniper Rifle) was designed for special operations. Designed at TSNIITochMash(Central Institute for Precision Machine Building) by team lead by PetrSerdjukov, the new rifle was intended to replace some AK-47/AKM rifles, fittedwith silencers, in the hands of various Special Operations (SpetsNaz) troops ofSoviet Army, KGB and MVD. To achieve desired lethality against targets,protected with body armor, TSNIITochMash had to develop a new subsoniccartridge, based on the 7.62x39 case, necked out for 9mm bullet. The bulletsused in new cartridges are long and heavy (about 16 gram), and of ball (SP-5)and AP (SP-6) type.

When it comes to replicating Russian rifles into the Airsoft form, LCT are one of the best in the business. The VSS follows the the real one that has a steel receiver, polymer grip and handguards and has a fixed wood stock that folds to the left . One thing to note is that the receiver is slightly higher than the real one, so if you intend to use SVD spec scopes on it, you will need to add the LCT scope raiser to accommodate the extra height of the receiver. (LCT scope raiser sold separately)

The VSS features a unique fire control system that separates 'safe'/ 'firing' on the side and 'single' /'auto' behind the trigger. Magazine wise it utilizes the same magazine as the VSS, SR-3 and SR-3M that comes in 50 round / 70 round / 100 round / 130 round / 250 round / 500 round ( all available separately). Internally the gun is powered by a standard V3 gearbox, so upgrading parts would be found easily.

The VSS would also accept standard AK side rail mounted scopes, and as mentioned above, SVD spec scopes would require an optics raiser. Battery is stored inside the integral silencer.