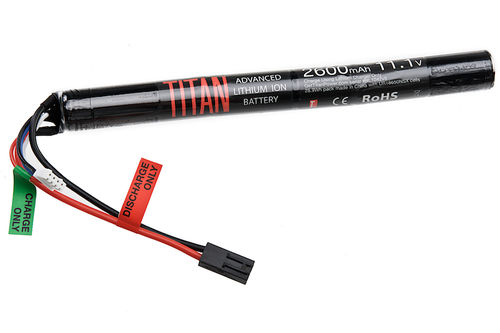 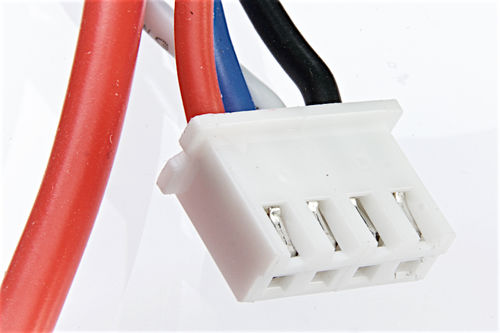 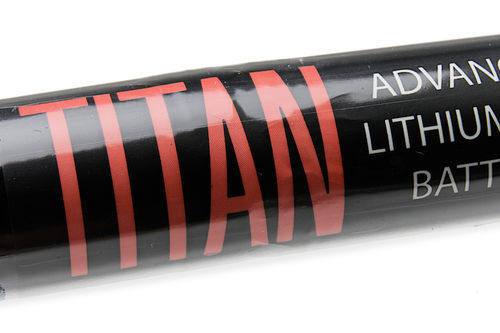 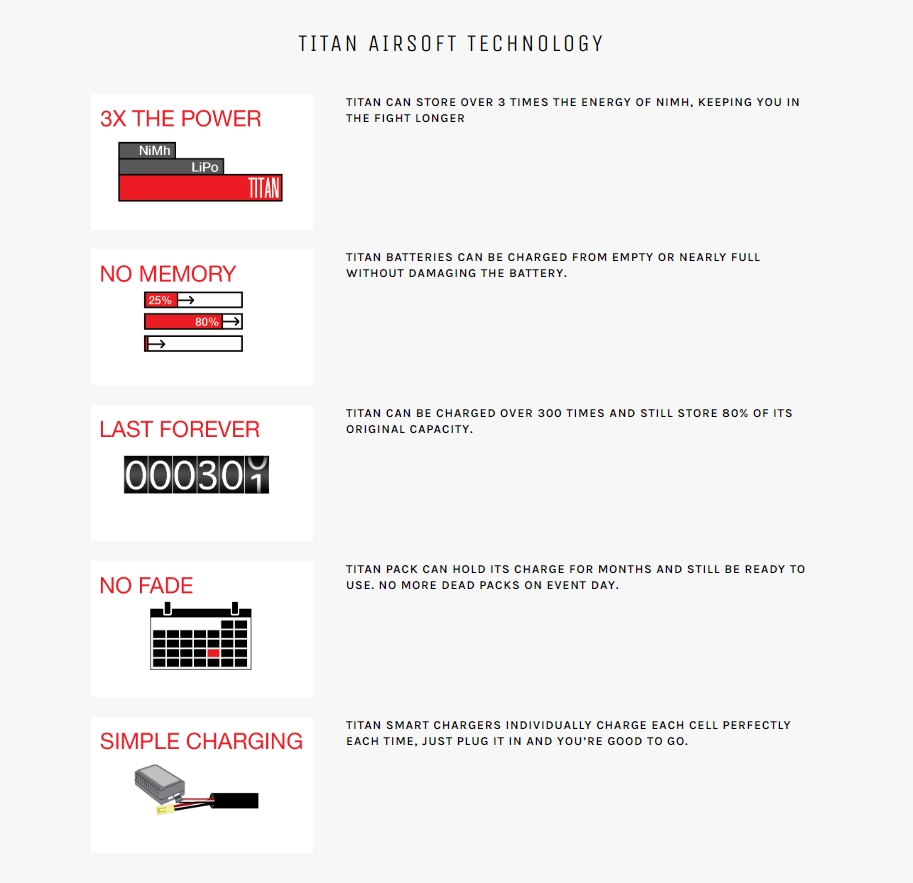 Voltage: 11.1vCapacity: 2600mAhConnector: TamiyaStyle: StickC Rating: 10C (equivalent of 1300mAh 20C, a common airsoft lipo variant)Size: 19.5mm (0.77in) thick, 197mm (7.76in) longNo PuffTitan Power batteries will never puff and become unsafe like lipos will that have been either neglected or simply aged over time. No MemoryTitan Power batteries can be charged from empty or nearly full without damaging the battery. Even if your battery gets low and your device cannot cycle, the battery is still within is safe operating range and can be charged safely back to 100%.2x-5x the CapacityTitan Power batteries can store on average 2-5 times the energy of other airsoft batteries, keeping you in the game longer. No Fade / Lasts ForeverTitan Power batteries can hold a charge for months and still be ready to use on game day. An extreme example is a pack used for testing, charged in 2012, which still holds 88% of its life in 2018. These packs can also be charged over 300 times and still store 80% of its original capacity. WarrantiedProduct claims sound too good to be true? Titan Power backs their US Arkansas based products with a 1 year warranty as long as the battery pack has not been modified.

Can be used with Lipo charger!

Titan was started in 2015 to bring the most advanced Lithium Ion batteries and other power technologies to the world of commercial and hobby remote controlled aircraft and UAVs, and many other applications of high energy density cells. Titan Power’s Airsoft division formed in January of 2018 to provide a better alternative to airsoft nimh and lipo batteries. The staff play every weekend, and understand that players need a durable and quality form of power to keep them on the field, all the time.