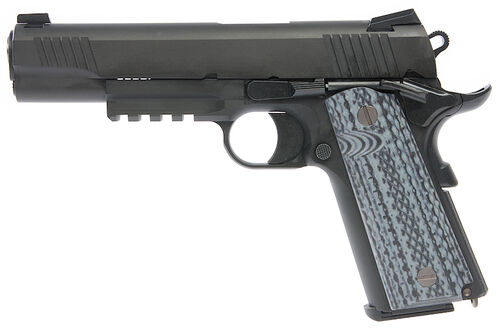 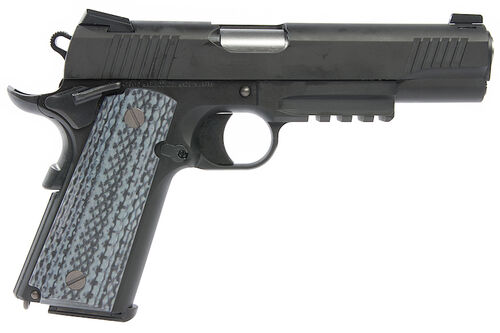 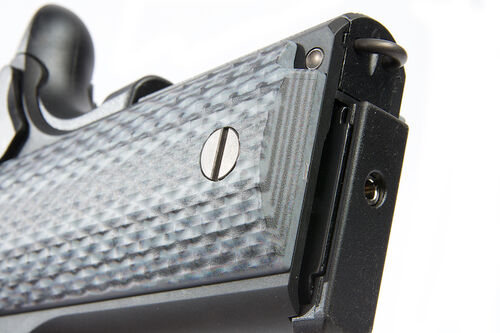 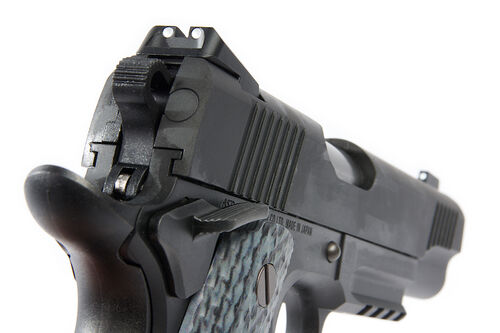 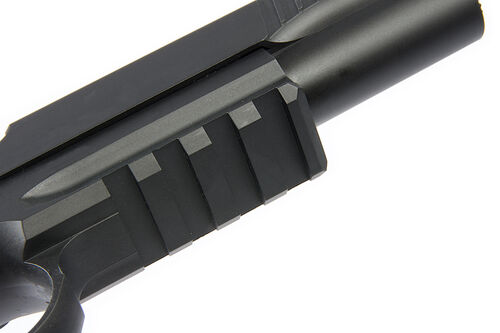 The MEU(SOC) pistol, ("Marine Expeditionary Unit"; "Special Operations Capable") officially designated the M45 MEUSOC, is a magazine-fed, recoil-operated, single-action and semiautomatic pistol. It's a variant of the M1911, and has been the standard-issue side arm for the Force Recon Element of the United States Marine Corps' Marine Expeditionary Units since 1985. The improved M45A1 CQBP features several changes to the original M1911A1 design. Some feature it includes is the 5-inch national match barrel, ambidextrous safety, picatinny rail, and a desert tan finish This Green Gas GBBR version of the gun is a reproduction of said pistol. It comes with a 27rnd magazine and clocks in at around 290 fps.

Tokyo Marui Co. Ltd is an airsoft gun and toy cars manufacturer located in Adachi, Tokyo, Japan that produced the AEG. The guns are principally sold in Japan, but are also sold worldwide. They were the first company to produce airsoft guns powered solely by electric-motor driven air compressors, which they called "Automatic Electric Gun" (AEG) in 1992. This compact air compressing system was implemented in their first battery-powered automatic firing replica, the FAMAS F1. Other airsoft guns were then introduced. The AEG system is still in use, and has been copied numerous times through the years by many other airsoft gun manufacturers.