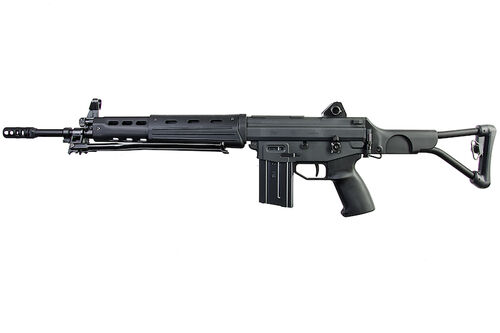 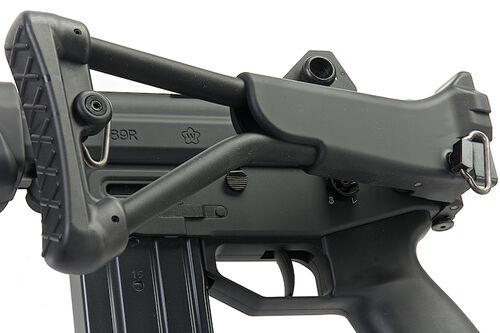 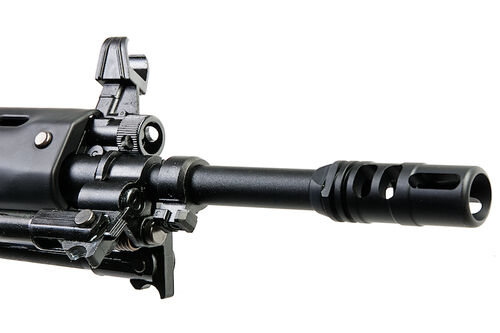 The Howa Type 89 Assault Rifle, referred to as the type 89 5.56mm rifle is a Japanese assault rifle used by the Japan Self-Defense Forces, the Japan Coast Guard's Special Security Team units, and the Special Assault Team. It was never exported outside Japan due to its strict anti-hardware export policy. It is known in JGSDF service as Buddy and its has replaced the Howa Type 64 battle rifle in frontline units.

This GBB rifle from Tokyo Marui is the latest in its line up that takes advantage of the ZET System found in their M4 MWS line of rifles as well. This time finding itself inside the body of this exquisite Type 89, it just seems so natural for Tokyo Marui to produce an airsoft replica of its country's standard issue service rifle. Along with its good looks you will be able to expect all the same reliable benefits of owning a TM, namely its efficient system and availability of after market parts. For both gamer, collector, and impressions builder alike, the Type 89 is one of those rifles you just need in your collection.

This particular version is the Paratrooper version which means it will come with a folding stock making it incredibly compatible yet it hold the same unique form.


About the ZET System:

Tokyo Marui is a leading airsoft manufacturer that has some of the best and most desired products available for the airsoft community. Renown for legendary products such as the Hi-Capa and their other pistol lines, Tokyo Marui leads in the industry in terms of quality and system performance.